I do like how Burda Style magazine has, over the years, produced some interesting patterns for fairly easy to make tops. For my vacation in Miami I picked out two that I thought would make useful beach cover-up tops. This one is taken from the July 2009 issue, pattern no. 109B 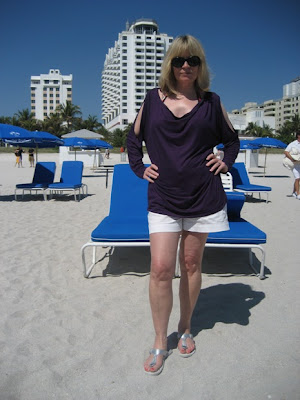 I was inspired by the magazine photograph. 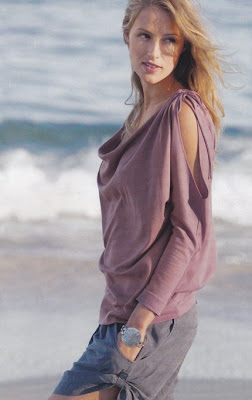 Burda describe it as “cool and seductive” and I liked that it looked kind of loose and carefree. I was definitely right about it being loose but it isn’t quite as carefree as I wanted it – one false move and it is very revealing! Burda magazine patterns are funny like that. I find that, mostly, the folks at Burda tend to favour a tight fit but every now and then they completely throw you and draft something like this. I normally make a Burda size 40 but for this I made a size 36 and still it was HUGE. The only thing that stops it falling off me completely is that the back neck is stabilized with Vilene bias tape and, therefore, can’t stretch. This top is fine for the beach because I am wearing a bikini underneath it but, to be honest, the front is so low that I can’t see me wearing it in respectable society without risking embarrassment!

I think I will get a lot more wear out of this one, which is pattern no. 110A from the February 2011 issue of Burda Style 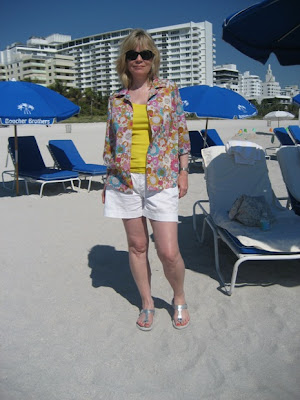 It is meant to be a shirt but as it is quite boxy I think it also works nicely as a shirt-jacket. It has a convertible collar and nice little ties at the end of the sleeves. Here how it looks in the magazine: 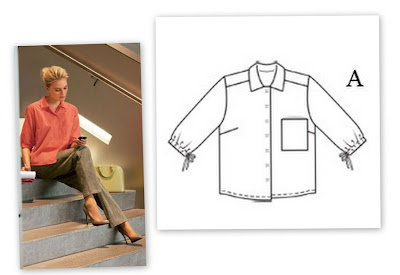 I used a Liberty print cotton lawn (expensive but very nice!). I should also mention the buttons 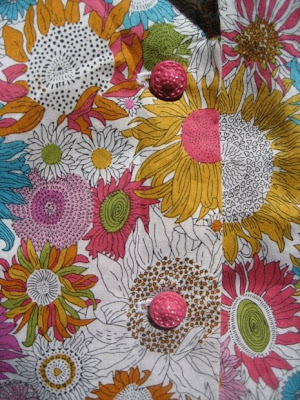 which I purchased in my favourite UK button store, called Duttons for Buttons. It is a lovely old-fashioned shop with very helpful staff but as it is in Harrogate, which is about 200 miles from London, I don’t get there very often. However, it is nearer than my absolute favourite button store, Tender Buttons, which is in New York, about 3,500 miles from where I live! I think getting the right buttons is very important but it is surprising how difficult it can be. Sometimes in London I find myself going to half a dozen places until I find exactly what I want. How picky are you when it comes to buttons and do you have trouble finding the right buttons where you live?